What the Storm Left Behind 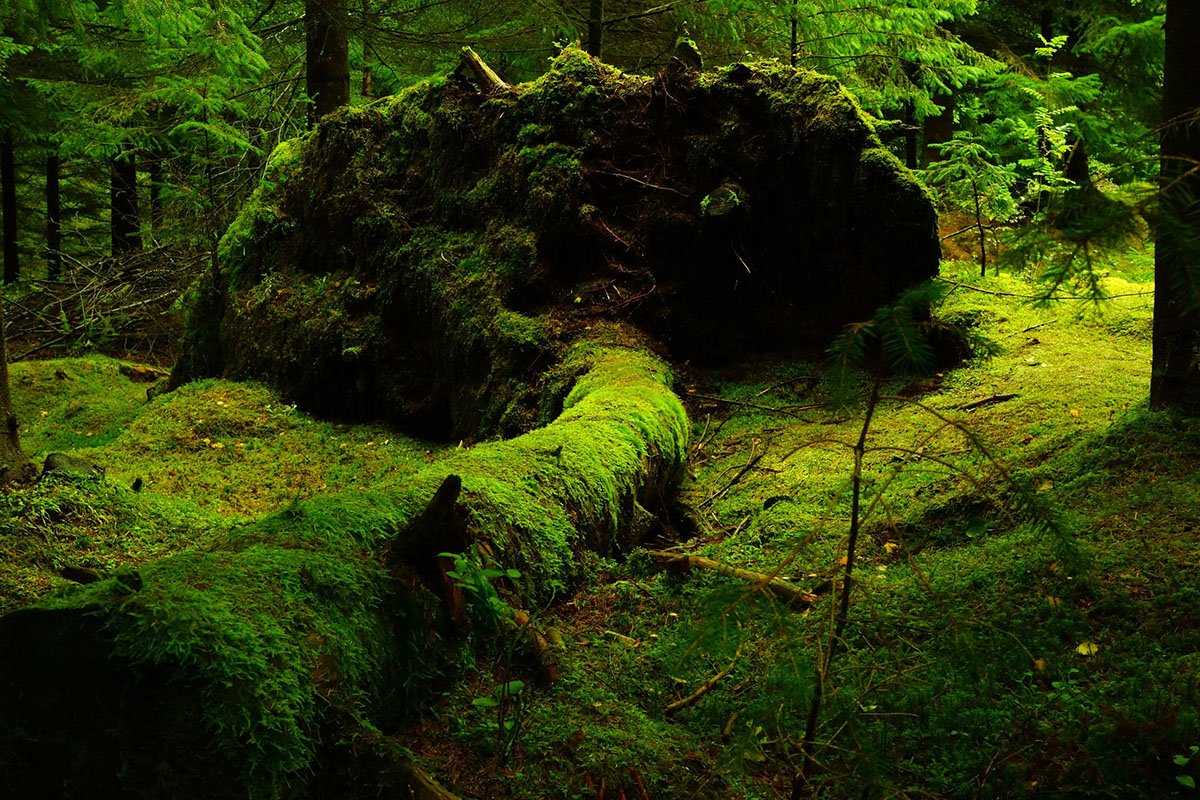 When I was a child, I had the beautiful luxury of growing up in the country in Forest Lake, Minnesota. I loved being surrounded by woods and fields as far as the eye could see. The woods and tree cover provided shelter from the hot summer sun and many hours of afternoon playtime.

Early summer storms were very common and tornadoes would often take out entire neighborhoods on the flat plains of Minnesota. By the age of 8, I was so used to taking shelter in the basement, I was no longer afraid of any pending storm. I knew that when our parents yelled, “Basement! NOW!” or when they swooped us up, blankets and all in the dead of night, that our basement would be our protection for whatever weather was headed our way.

One night while I slept the way only a child without a care in the world could sleep, my father burst through my door, grabbed my hand and a blanket. Startled, yet completely awake, I reached for my doll and pillow with my other hand. As we raced toward the basement stairs, I saw my mother and sister in front of us only a few steps ahead and wondered why Angie grabbed a book instead of her pillow. I wasn’t planning on sharing my pillow with her, even if she asked me to. My father closed the door behind him, and never let go of my hand until we were safe at the bottom of the basement stairs.

As we walked the length of our house to go to the couch and bed near the tiny fireplace, I saw that my father had left us to get the wood planks that he would place in the two small windows. The planks were placed to make sure that if the window shattered, glass would not fly in every direction. Before he placed the planks up against the window, he located the bricks to secure them. I saw the brightest lit up night sky I had ever witnessed. The lightening made it appear to be daytime every few seconds.

Besides the noise of what can only be described as a huge steam engine approaching, the wind seemed to make our house breath. I worried about the windows upstairs and knew that if the wind hit just right, dad would spend days repairing windows and screens. I wondered if it would storm like this the rest of the night and if we would get any sleep. A huge crash which sounded like a bomb was heard in the backyard. My dad took my mom’s arm as she gasped, “That was so close to the house. What if a tree hit the house?!”

The storm raged on, and our mom settled my sister and I in the back corner on the folding bed with the squeaky springs. My sister began to read the book she had brought downstairs instead of her pillow. At some point we both fell asleep, as the next thing I remembered was waking to my dad brushing my hair away from my eyes.

“Kelli. Wake up, sweetheart. Your mom is making pancakes. We need to eat and get outside. We have our work cut out for us today. Branches and debris are everywhere. Wear pants and socks and tennis shoes. I told your mom you wanted chocolate chip pancakes.” My dad smiled warmly at my sister laying next to me as she began to rouse from her deep slumber. He
explained to her what he had just communicated to me.

When I got to the top of the stairs and saw my mother in the kitchen, her back was turned. When she heard me approaching and turned, I saw that she had been crying. Quickly wiping the tears from her eyes, she smiled and welcomed me into her waiting arms.

I ducked to look out the curtained kitchen window. Large branches and even entire tree limbs lay strewn across the back yard. I may have gasped or made some sort of audible noise, as my mother pulled me closer, “It is okay. We are okay. Our house is okay except for a few roof tiles. That is what matters. The electricity didn’t go out again and it is daylight. We are okay. We will clear the debris one limb at a time.”

Our day was filled with gathering sticks and wheeling full wheel barrows to our property line. We took breaks and washed our hands and faces using the garden hose. The cold water was so refreshing in the hot sun. Our mom brought us lunch on a tray with lemonade and peanut butter and jelly sandwiches.

My sister and I sat up straight on the back stairs, when we heard our father yell from just inside the wood line.

“Would you look at that! An amazing huge tree has uprooted itself. I bet that is what the huge crash was!”

Angie bolted first to where she saw our dad enter the woods. Maybe two dozen or so feet in was a mammoth fallen tree. The roots, all gnarled and standing at attention as we drew near.

Our dad was smiling ear to ear like a child who had just discovered hidden Christmas presents. “We still have a lot of work to do girls, but I present to you a new fort.” He swooped his arms towards the fallen wonder like the presenter on a game show.

We didn’t finish clearing the yard until nightfall, and by that time, the mosquitoes were feasting. Indoor play and television called our names. After a good night’s rest, Angie and I were up with the sun. Bug repellent applied, we took off to find our dad. He was already in the woods, clearing low lying branches and twigs. He had a rake which he had used to remove large bundles of underbrush and relocated it further back in the woods. I was a bit startled to see an ax propped up against the trunk of a nearby tree.

Our patient father had waited for us. He showed us that he was planning on removing some of the larger limbs and adding them to the top of the root systems where he had cleared the lumps of dirt. He explained that not as much rain would then enter our makeshift fort. He also laid a large tarp over the soil he had cleared and flattened at the opening of our new abode.

He advised us that it will be dirty for a bit, but after a few downpours, the dirt roots would begin to settle. I didn’t have any idea what he was talking about. All I wanted to do was fetch my dolls and play house in the new fort with my sister.

I love how the woods overtook our fort. Slowly that summer, it no longer looked like a tree had lost a battle to the wind. It appeared as if the woods had offered up a gift to children who sought adventure. The fallen tree and woods that surrounded provided hours of entertainment and enabled my sister and I and our few neighbor friends a place to convene. To enjoy nature and the company of other children who loved doing what we did. We played house, we play school, and enjoyed picnic meals together in that fantastic fort.

I miss the days of my childhood in Forest Lake. I miss days filled with adventure and sometimes nothing at all. I miss the chance of exploring and possibly finding another fallen tree.

All these later, I still live in Minnesota and we are sometimes plagued by serious weather that always approaches from the west. When building our home almost 18 years ago, my husband and I both knew a large basement was a necessity. Not only to have room for the possibility of a growing family but for protection. And quite a few times, when the weather sirens sound, our basement has provided shelter from an impending storm. Living in a large neighborhood, I no longer find large uprooted trees that could be turned into a fort for my children. We have found a love letter, pictures, trash bags filled with nothing but leaves, small swimming pools, and even a trampoline. We have been able to return the pool and trampoline and even one of the pictures. But we are always able to appreciate the treasures that are left behind by the storm.

Kelli J Gavin of Carver, Minnesota is a Writer, Editor, Blogger and Professional Organizer. Her work can be found with Clarendon House Publishing, The Ugly Writers, Sweatpants & Coffee, Zombie Pirates Publishing, Setu, PPP Ezine, Sweetycat Press, Passionate Chic, Otherwise Engaged, Flora Fiction, Love What Matters, Printed Words and Southwest Media among others. Kelli’s first two books were released in 2019 (I Regret Nothing- A Collection of Poetry and Prose and My Name is Zach- A Teenage Perspective on Autism). She has also co-authored 17 anthology books. Her 3rd and 4th books will be published in 2020 and 2021. Kelli is currently writing a book of fiction short stories. Her blog can be found at here. Kelli J Gavin- Amazon Author Page | I Regret Nothing- A Collection of Poetry and Prose

3 thoughts on “What the Storm Left Behind”