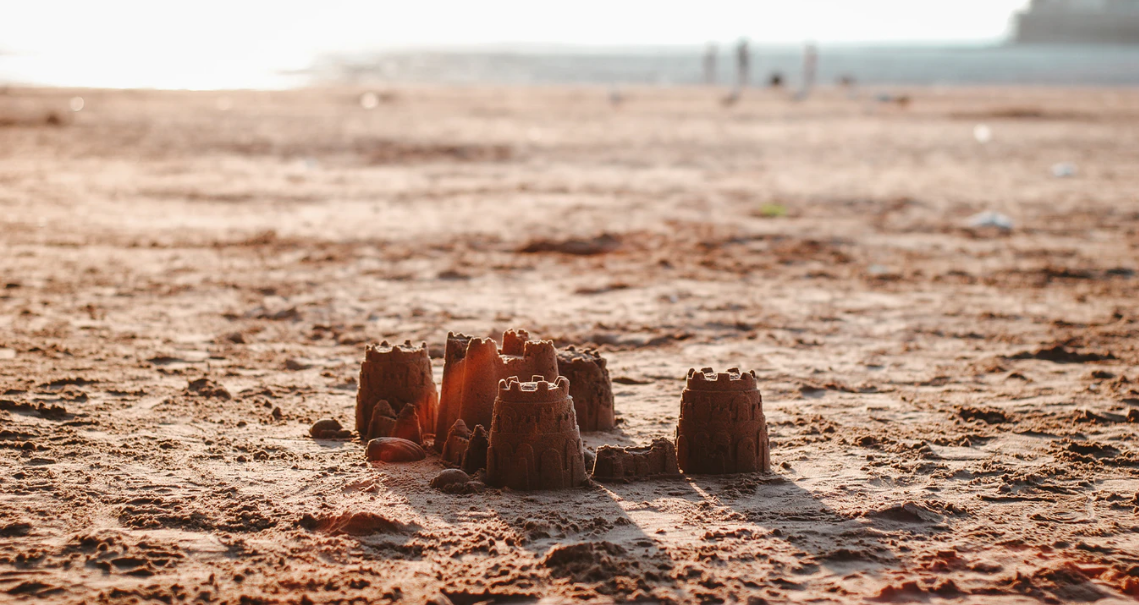 He pinned a piece of her scarlet hair up under her daisy crown and stared at her with star-struck eyes. “My beautiful Queen, don’t you know you are a royal warrior and a castle is where your heart belongs?”.

She wiggled tattooed feet in the sand and threw her arms open wide. “My sweet knight, don’t you know, they don’t just give castles to girls like me, with our dark hearts and our darker histories.”

He smiled and his whole face danced along with his eyes as he began shaping a castle in the sand near the shore, just for her to let her hair down from. “Well, maybe we should start with sandcastles. We’ll build them strong and fortified, like our love, so they never crumble and wash away. Then when we’ve finished conquering the world with our passion and our eager affection, when all hail the Pixie Queen, you may have your choice of castles”.

He always had a way that could draw her into any story, any fantasy, and make it seem like it was sure to come true. If he said she deserved castles, she believed him, even though on its own her heart felt like a haunted castle. Ghosts of past love, scars from betrayals gone by, and the demons of years of casual insults wandered the chambers of her heart and declared her unworthy.

It was only here, seeing herself reflected in his love and in her love for him, the love they proudly showed off to the world, that she felt worthy of even an easily washed and cast aside sandcastle.

Here, near the roaring infinite ocean and the eternal cast of the moon and the sweet twinkle of stars; here holding him, holding her; here with fervent kisses cast across bare skin; here where he brings her to spin his tales; here where he reminds her of her their shared passions, mythology, and music; promises, poems, and prose.

He was the keeper of the words that unlocked her heart and she didn’t even care if he meant them, as long as he kept saying them.

Eri Rhodes is a wife and mother of two boys in addition to being a writer. With one foot in reality and one foot in the fairy realm, this pixieish poet turns the pain of her past and the love in her present life into rallying cries for warriors and reminders to victims that they have the strength and courage to change their future. She writes with the same passion and whimsy by which she lives her life. In her spare time, she enjoys reading poetry and nonfiction, crafting, and studying true crime. She also enjoys sharing her love for writing with her youngest son and her love for true crime and the paranormal with her oldest. She is a fierce advocate for survivors of domestic and child abuse and for those living with mental illness. More of Eri's writing can be found on Facebook