Do You Think Of Her? — Short Story 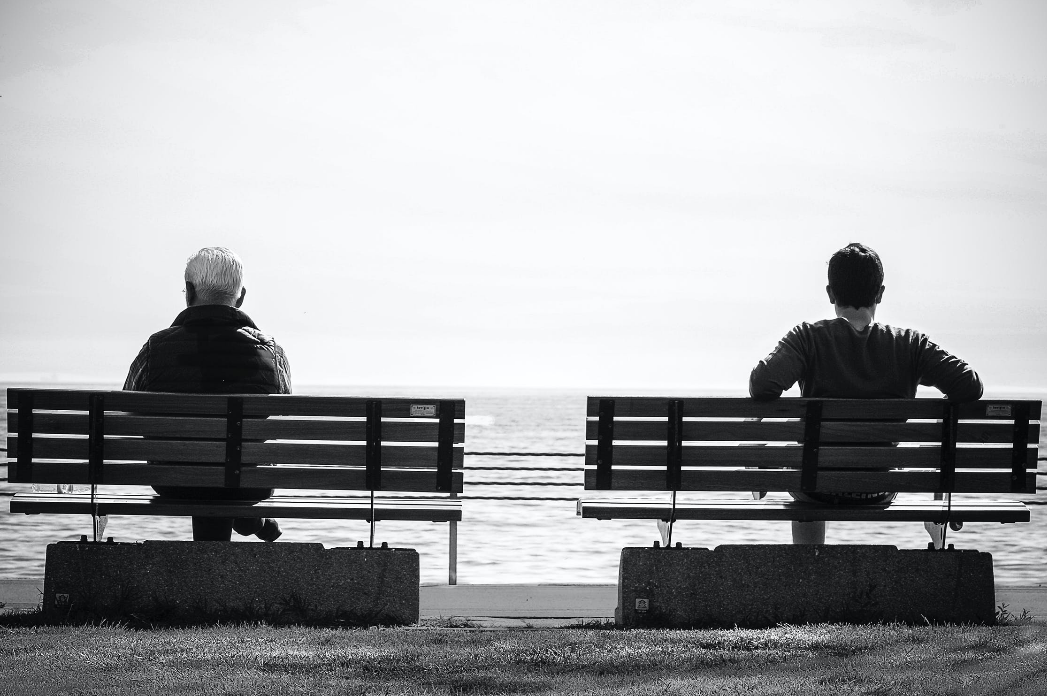 “Do you still think of her?” Alyson’s words were soft, their tender touch relaxing to Robert. He continued to fidget, his fingers juggling the same emptiness that had filled his thoughts. Robert twisted slightly, his eyes moving from Alyson to the closed oak door of the room. He wasn’t uncomfortable, not physically, the leather chair had been inviting and he was thankful for that. His own room empty in comparison. Perhaps it was the books, so many books. I feel like I’m in a library, I wonder if she’s read them all. Maybe I need books, would that help? His thoughts trailing off as Alyson continued.

“Robert, it’s OK if you don’t want to talk about it, loss is never easy. I just want you to know I am here to listen, not judge.”

Robert’s fidgeting paused as Alyson’s hands met his. Exhaling he looked up towards the wall of books. Can I, I don’t know. But maybe, maybe I can.
“She loved books too, I would get her a new one each time I visited. You know it wasn’t that often, she was sick and over the two years, we only had, what, maybe a few weeks? Classics, Oscar Wilde, Thomas Hardy, that kind of stuff. I never liked reading, takes me forever to read a menu, you know.” Pulling away he shuffled deeper into the leather chair’s embrace. He wanted to hide, to go back to his room, away from everything. Alyson smiled, her hands remaining where they were. “I know, the medical logs showed each visit, Robert, it even shows all the calls. Did you know that you were the only one that called her? Every entry was yours, every visit, yours. We tried reaching out to her family, but no one was listed. Strange that we couldn’t even find any relatives even in her records, don’t you think so?”

That’s because there’s no one to find. No one cared, they all just walked away. But I never did, I stayed, I never left! But she did, in the end, she left too. Robert tried to sink deeper, the leather pressing hard against his skin. “You said you wouldn’t judge?” Robert whispered, his hands now fidgeting between leather sunken legs. “I’m not judging you, Robert.” Alyson’s words trying to calm him. “We know, I know, that you faked her information. You even paid for her medical bills while making it look like she had insurance.” I had too, they would have thrown her out! No insurance no help, that’s what they had said. “Remember Robert,” Alyson continued. “You’re not in trouble for that. Yes, you forged documents both hers and the insurance forms. But the money was not stolen and the Hospital, along with the insurance company you used, does not want the publicity. So, no, no one is pressing charges. I just need you to be honest with me, I want to help you but first, you need to be willing to talk to me.”

If no one is pressing charges if I’m not in trouble, why can’t I leave? Do I even want to leave? Robert tried to relax, to listen to Alyson’s voice, to breathe like she had shown him when they first met. “Meggie. Her name, her real name, was Meggie Hitchings. She doesn’t have any family, not really anyway. How can you call someone family when they abandon you?”
Alyson nodded, her hands now busy at work with pen and paper. “Families can be complicated Robert, parents can fail. But they still deserve to know what happened they…”

Alyson raised a brow; his response sudden and well out of character. She continued to write.

“No, they don’t deserve to know anything!” His words short. Why should they? They left her there, alone. Who walks away from a dying daughter?
He had met Meggie three years early outside of a small coffee shop. It was a hole in the wall type of place. Less a café and more an alleyway that had been walled in. Barely enough room to serve customers let alone sit.

Instead, they keep a small collection of tables just outside, where one could sit and watch, and watch he did. Across the street was another small store, this hamlet of the town had no big brands but instead had managed to remain separate from the world Robert had left behind. He had grown tired among the towering prisons of steel and corporate greed, the endless march of countless faces lost to an uncaring system.

Here there was none of that and instead, there was her. The small store sold everything from groceries to tools, but in front of a small display, they kept a collection of books. These were not for sale, but free to anyone who wanted to borrow them, the closest thing to a library that they had. That’s where he first met Maggie, as she brought the books out each day. Her chestnut hair bouncing just as energetically as she had. Soft ochre skin a contrast to his own. He came every day to see her.

One day, for reasons he still did not understand, he approached her, asked her name. For a month they would talk, sometimes over coffee, others while he stood closer and she set out her books. That is when he had learned about her being sick. Cancer, the doctors couldn’t tell her how long she had, and without insurance, treatment wasn’t an option. He asked about her family, where they were. At first, she tried to avoid answering, not wanting to think about it. He waited, they continued to meet, eventually, she explained. Her parents had left never had much, only ever keeping themselves an arm’s reach from poverty. When Maggie had been diagnosed, they knew they couldn’t help. She claimed that they had tried, searching for a way, but it hadn’t been easy. Eventually, they had just left, Maggie claimed it wasn’t their fault, that it was complicated. But what could have been so complicated? He had never understood how she refused to be angry with them, how she kept telling him that it was ok, it wasn’t ok, it couldn’t be.

When it all became too much. When she couldn’t hide the pain behind emerald eyes. When the cancer had begun to strip her strength. He knew he had to act. Robert was never a good man, who really is? If you asked the right people they would even call him a villain, a thief, maybe even a killer. None of that mattered now. Reminding a small few of favors long overdue he had papers forged, medical documents rewritten. A man with a false name and too much money would raise questions, and he needed the focus to be her, no him.

“I tried to reach out too you know,” Robert said as he pulled himself back to the leather chair, away from better days. “I didn’t want to; I didn’t think they deserved it. But she wanted me to, so I tried. They never really answered or came. The closest I got was a letter telling me to leave them alone.” Alyson paused, placing her pen and paper down by her side. Taking a slow breath, she spoke. “You need to tell me who they are Robert. They need to be told, the need to know. You understand why you are here yes? You may not be facing charges for fraud, but you are being charged for death. They need to know.”

Maggie loved those books, they were an escape, a way out from her bed. I didn’t want her to leave, I still don’t understand why she had to go. But she said he did, that it wasn’t my fault, it wasn’t her parents’ fault. That she just wanted to escape. “I tried to tell her no. That there had to be another way, that I didn’t want her to leave.” Robert slumped in his chair, his words falling to the floor below. “The government doesn’t allow assisted suicide, says it isn’t moral. She begged me for weeks.”

Alyson shook her head; she had read his statement but there to many questions. He went by the name Robert, but it was a fake name, or at least it seemed to be. The money wasn’t stolen, or at least it wasn’t linked to any known incidents, but they also couldn’t trace it to any income. Maggie, if that was her real name, had no will and left nothing behind. Where was his motive?

“Robert, you still aren’t being honest with me. I want to believe you but there’s just too much that I do not understand.” She paused for a moment, both waiting for a response and thinking how to continue.

Robert’s eyes met hers, a look of contemplation masking the truth. “Alyson, can any of us understand? You explain to me how someone abandons a child. You tell me how that child finds the strength to wear a smile when their body is dying. You goddamn tell me why I couldn’t save her!” Alyson jumped, the leather chair slamming against the ground. Robert collapsing to his knees, his words a whisper, “Why did she have to leave?”

Carlos Costa is a teller of tales nearly long forgotten. If age is gauged by one’s experience than to call him an old soul would be an understatement. A writer, a debater, one who tells stories as furiously as he seeks them out. Carlos has been writing poetry, short stories almost as long as he’s been telling them. Horror, Fantasy, and Sci-Fi have always been home but in truth. Carlos will pull his writing from anything that inspires him, and so, nothing is really of the table. Being born in Western Europe, and despite making Canada his home from an early age. He has always been drawn the folklore, mythos, and legends normally ignored by modern literature. With so many stories built on the same foundations as those before them. His goal is both to breathe new life into the things we read, and to reveal legends many would otherwise never experience.