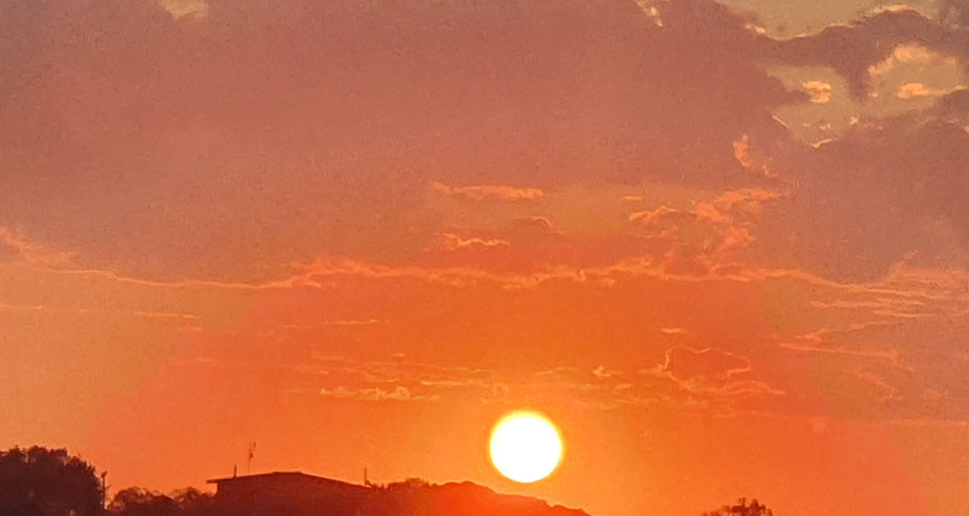 Struisbaai (Stracebye) is a coastal settlement in the Overberg region of the Western Cape in South Africa, about 200kms southeast of Cape Town, and 4kms from Cape Agulhas, which is the Southernmost point of the African continent.

In July 2018, Charles and me, our 2 boys (Jordan and Connor) and their girlfriends (Jennifer and Shae) spent a chilled week at a holiday home in this sleepy seaside resort. Bliss.

Thursday dawned. A beautiful, sunny South African winter’s day. No rain and perfect for the six of us to have a leisurely lunch at the well-known and much-loved Sea Shack, right on the beach. The seafood is fresh, delicious and the restaurant has no floor, so diners sit with toes in the sand. I highly recommend the entire experience!

After lunch (creamy mussel pot, hake, calamari, and chips), we decided to go for a beach stroll before heading home. Charles and the kids headed down to the beach and I went to fetch my sunglasses out of the car. The five-minute stroll across the dune was the last relaxing moment we had for the next few hours.

The scene that greeted me had me confused for a few moments. Jennifer was holding a large husky on a leash – very confusing as we did not have a dog with us. The next thing I spotted was the rest of our group and a guy I did not know – presumably the dog owner – trying to lift the longest kite I have ever seen – around 4m long – off the beach, right by the water’s edge. My befuddled brain was still trying to figure out exactly what was going on. The ‘kite’ was long, silver, and had a red frilly edge fluttering in the breeze. Charles yelled for me to come quickly. Imagine my surprise that the ‘kite turned out to be a living, breathing fish, unlike anything I have ever seen. The poor thing was beached and Charles, Jordan, Connor, and the husky owner were doing their best to get it back in the water.

Jennifer held back the very excited husky. Shae tried her best to help the guys and soon the 4 of them were all in the ocean, up to their waists, trying to guide the fish beyond the waves and into deeper water. Meanwhile, I turned to good old Google on my phone to try and figure out what creature this was!

Oarfish are large, greatly elongated, pelagic lampriform fish belonging to the small family Regalecidae. Found in all temperate to tropical oceans yet rarely seen, the oarfish family contains three species in two genera. One of these, the giant oarfish, is the longest bony fish alive, growing up to 8 m in length.

Pelagic. Deep-sea fish. Seldom seen. A little more hurried research on the sand while the rescue crew was in the water revealed that these fish generally only every come near the beach when they are dying. Terrible news. We are all big nature lovers, but Jordan has nature running through his veins. At that time, nearly 18, he has wanted to be a game ranger since he was 4 years old. He was adamant that he wanted to save this fish

Unfortunately, it was not to be. Almost 4hours of a heart-wrenching cycle the 4m beauty washing on to the beach and Jordan, Charles, and Connor getting it back into the water. Jordan would not give up, even after it became evident that all their efforts were in vain, he tried over and over.

The final time the outlandish fish beached itself, it was obvious that it was in the last throes of life. What a beautiful beast. Silver with red dorsal fins. It was horrible to watch but there was nothing that could be done. The fish was exhausted. Closer inspection revealed that the one side of the fish was perfectly intact, while the other side was somehow missing all its scales. We can only guess how this injury happened, but it seems to be what caused the beaching behavior. While the guy’s best efforts failed to save the oarfish, I am forever grateful that we tried.

What an incredible, once in a lifetime experience to see this mysterious oceanic creature. I am sad that it did not live, and nature has her own way of doing things. I tagged the Two Oceans Aquarium in Cape Town in the photos on social media and they confirmed that sightings of these creatures are rare.

So, this is a little piece of my South Africa. She is wild, she is beautiful and there are many facets to explore and discover and some that cannot be planned. A memory to treasure for years to come. Hardly your average stroll on the beach.

I am lucky to live in the most beautiful country in the world. I may be biased, and I don’t care one single bit.

« Our Millie – A Catfish Tale

How One Cat Ruled His World »

Lyssa Damon lives in Cape Town, South Africa, in the heart of the Winelands with her family and assortment of weird and wonderful pets. Lyssa has written in some form or another since she can remember, starting with a poem about kittens losing mittens in a puddle. She writes in poetry, short stories, flash fiction and has recently started work on a novel and hopes to recreate some of her stories as screenplays. Lyssa loves the ocean, talks to the moon, and believes in magick. She loves animals and some people. Her ultimate dream would be to own a castle, with an enormous library where she can live, dream, and write full time. You can find more of her writing on Facebook and Instagram.